Skip to Main Content
It looks like you're using Internet Explorer 11 or older. This website works best with modern browsers such as the latest versions of Chrome, Firefox, Safari, and Edge. If you continue with this browser, you may see unexpected results.

Citing Literary Criticism Sources: Anthologies: What is an anthology?

What is an anthology?

The most commonly used source for literary criticism is an anthology.  A literary criticism anthology is a collection of previously published essays and articles on a specific author or story usually written by many different authors and includes an editor or compiler who puts them all together for re-publication.  When citing an anthology you will include both the author of the essay and the editor(s) of the book the essays were re-published in.  You can usually use more than one essay from the same published anthology because the essays are written by different people.   The sample citations (in the next three tabs) are from anthologies available at the CF Library.

An MLA citation for an anthology includes the following elements (in order):

You need your student ID to check any materials out of the library.  Students may check-out as many as 20 books total, with a limit of five per subject area.  Books are checked-out for three weeks with one renewal.  If another student puts a hold on your book, you may not renew it.

Reference materials are for use in the library only.  You may make copies for 10¢ per page.  You need a copy card to make photocopies.  The copy card machine is located in the Learning Support Center Lab (on the first floor).  Copiers are available on both floors. 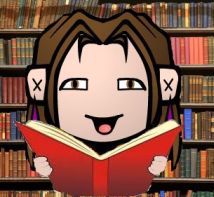 College of Central Florida is an equal opportunity college